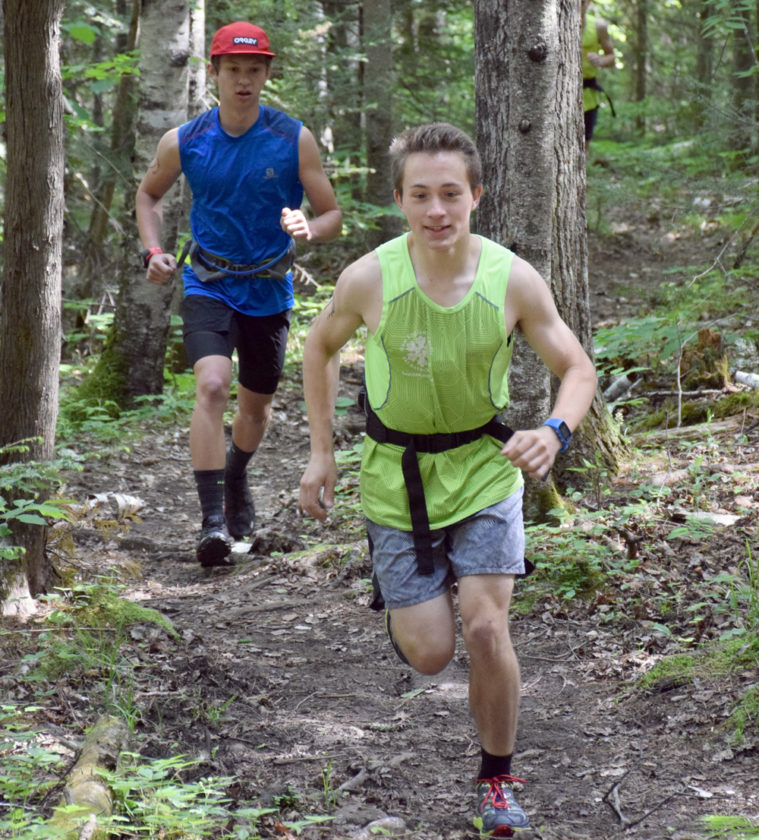 Henry McGrew leads Kai Frantz through the woods during the early stages of the 11.5-mile Great Adirondack Trail Run put on by The Mountaineer gear store Saturday. McGrew placed fourth overall with a time of 1:41:54, while Frantz crossed the line in 2:17:51. (Enterprise photo —Justin A. Levine)

The 11.5-mile run, which is put on by The Mountaineer gear store in Keene Valley, drew a competitive field while maintaining a fun-loving atmosphere. Josh Ferenc, of Athens, Vermont, won the men’s race with a course record 1 hour, 36 minutes, 15 seconds.

Saranac Lake resident and women’s record holder Sarah Keyes was the first female across the finish line with a 1:54:57. She finished sixth overall.

The longer run started at the Owls Head Lookout trailhead on state Route 9N, and passed over Owls Head and Hopkins mountains before descending to Keene Valley for the finish line at The Mountaineer. While the longer run was limited in the number of participants, there was also a shorter 3.5-mile run. The two runs generated money that will be donated to the AuSable River and Boquet River associations. This year, there was also a large grant made to the Adirondack Chapter of The Nature Conservancy for its work on culverts and streams.

The runners were staggered at one minute intervals at the start, so the first person across the finish line wasn’t necessarily the winner. 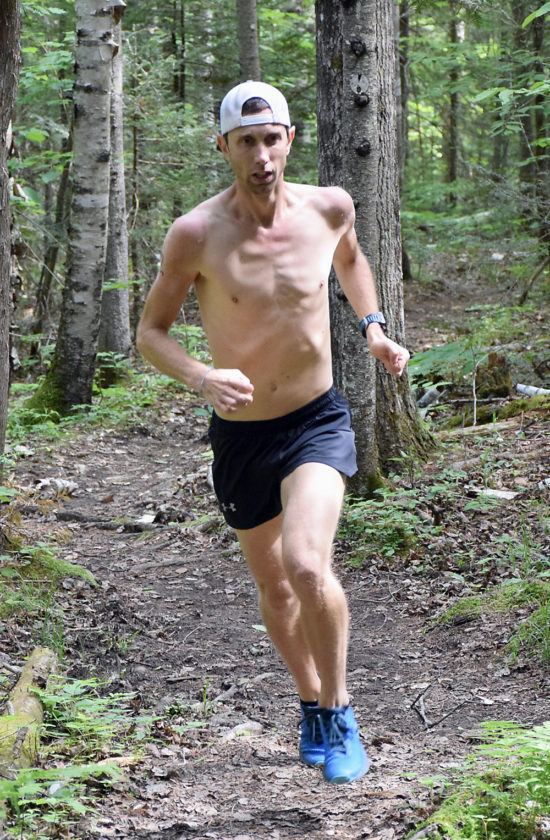 In the long run, the second place finisher was last year’s winner Bryce Murdick, who was six minutes faster than his winning time last year, finishing with a time of 1:39:00. Liam Davis (1:40:54) came in third, while Lake Placid’s Henry McGrew (1:41:54) finished fourth overall in the field of 62.

Vinny McClelland, who owns The Mountaineer, said he’s turned down offers to have the run be part of larger race series, mostly so that people will focus on the fun aspects rather than the competition.

“It’s popular because it’s small and it’s such an unusual event,” he said. “Being able to run through these mountains is pretty magical. We’re really lucky that we’re able to do that. We’re lucky that we’ve been able to work with the state so they allow us to do it.” 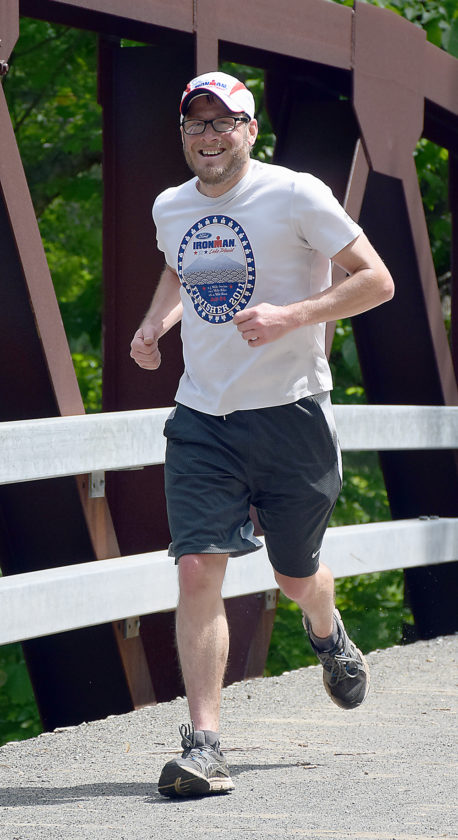 Saranac Lake resident Keith Kogut is all smiles as he nears the end of the 3.5-mile Fun Run on Saturday in Keene Valley. (Enterprise photo — Justin A. Levine)

McClelland said outdoor companies like Patagonia, La Sportiva, Vasque, Osprey packs and Darn Tough socks all contribute support and prizes, as well as the Lake Placid Pub and Brewery, which supplies beer for the post-run cookout and party.

“It’s not a competition,” McClelland said. “We always rejected the notion that this was going to be a ‘race.’ Certainly people are going to be competitive but it’s more about celebrating spring, getting some exercise and drinking some beer.

“We have a beautiful place to run.”

Ferenc, who came over to New York to compete for the first time, said he should have brought some water and avoided Chinese food the night before the race, but overall was happy with his record-setting Saturday morning.

“I really liked the course,” he said. “It was fun. I wish I could have stopped and looked at stuff some more, [but] I was really trying to break the course record – I mean shatter it. 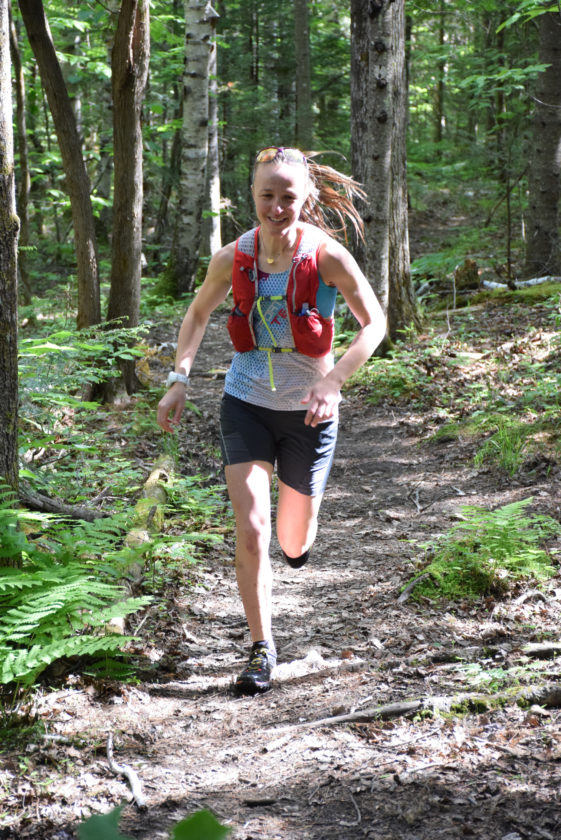 “I struggled today. I didn’t prepare as well as I could have. I left my water bottle, so I ran out of water pretty early. I didn’t feel great today, so the climbs were tough. It was hard.”