The 13th Annual Great Adirondack Trail Run was featured in the Adirondack Daily Enterprise! You can view the paper’s coverage of the run below.

Congratulations again to all of the runners in this year’s run! Keep an eye out for a trail run video recap by Malcolm MacDugall! 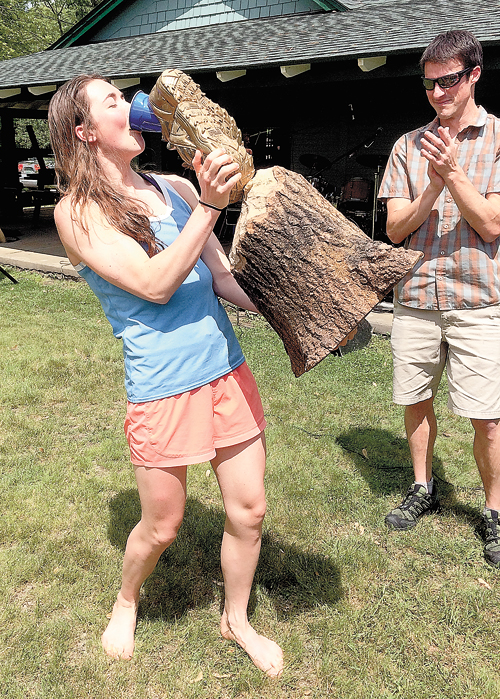 KEENE VALLEY — The 13th annual Great Adirondack Trail Run took place under clear skies and a blazing sun, leading plenty of runners to take a dip in Johns Brook after completing the run.

The event, which is put on by The Mountaineer gear store in Keene Valley as a fundraiser for the Boquet and AuSable river associations, offered two tough options for those willing to compete: an 11.5-mile run which took runners up and over Hopkins Mountain, and a shorter but still grueling 3.5-mile run.

The overall winner of the longer race was Bryce Murdick, a 20-year-old who finished with a time of 1 hour, 45 minutes and 53 seconds. Due to his age, Murdick had to forgo the traditional drinking of beer from the golden shoe, but was still thrilled with his first-place finish. 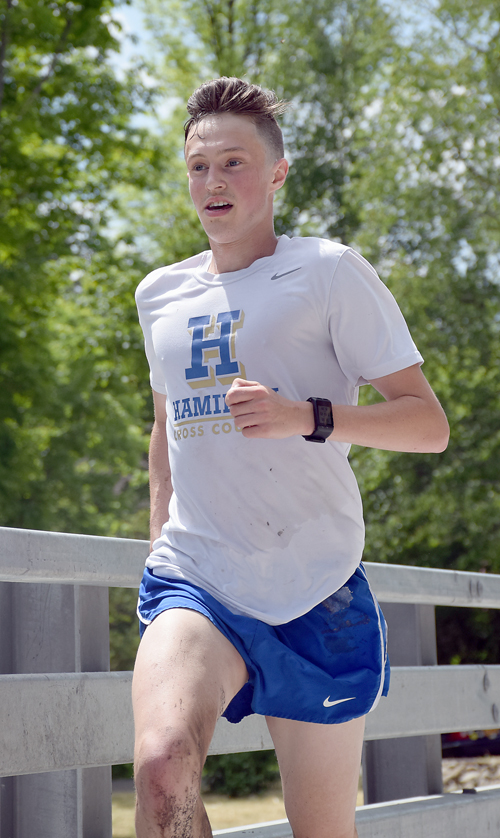 Sophie McClelland, Janey McClelland and Julianne Stemp ran together and were the first women to cross the finish line. They came in at 2:24:24.

Mountaineer owner Vinny McClelland said the race started as a way to have fun and enjoy the woods, and says they have kept that feeling over the years.

“When we originally thought this up, it was about having a celebration of spring and exercise and drinking beer and listening to good music and supporting the river associations,” McClelland said. “We’ve never really strayed from that.

“It’s also an unusual event, there are not a lot of trail runs like this. There are a lot of flatter trail runs, this one has a significant amount of elevation gain, so I think people really like the challenge.”

In addition to being a favorite trail run, the event is also a fundraiser sponsored by Patagonia gear and clothing company. McClelland said Patagonia makes direct contributions to the two river associations. The river groups also raise money by selling food and beverages at the post-race party.

Drew Hass, who works at The Mountaineer and placed 18th overall, said this was his fourth time doing the long run.

“This is my fourth year, but I work at the shop. So the first two times I ran, it was before I worked at the shop. So I’m kind of on my extended lunch break,” he laughed.

“Technical power running like that is my nemesis, so I never come away from (the race) being like ‘I nailed it.’”Local boys dominated the teen men division, with Karl Schulz (1:55:07) and Kai Frantz (2:07:14) of Lake Placid taking first and second, followed by Keene athlete Joseph Wilson (2:12:55) in third. Wilson skis for the Lake Placid nordic team in the winter, but runs track and field for the combined EKMU team in the Spring. 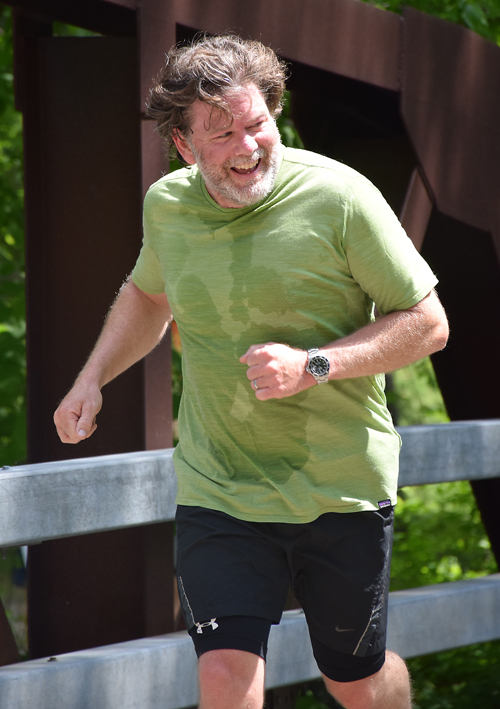